THE MEARE HEATH BOW & THE LAND OF THE SUMMER PEOPLE
© Hilary Greenland
This is a revised article first printed in “Instinctive Archer” (1999)
No part of this article or images is to be reproduced without permission of the writer and owner. (That's me!)

BACKGROUND
I have studied the Meare Heath bow on several occasions, including for 'Meet the Ancestors' (BBC).
Unfortunately there is some misinformation and misinterpretation available online and in publications which  are misleading -regarding knots in the limb for instance.  I saw few pins in the limb, let alone large knots, and -as I explain below- I don't believe the bow broke because of a knot. (A colleague who made a dimensionally precise approximation had the bow break in a similar fashion).
Bow weight, also the effect of grain and growth ring density and weight in hand of a yew stave was clearly unfamiliar to one author.
Without a time machine we'll never be sure now the bow was used... hence my use of the word 'enigma' in the title...!

At this point I must admit that I initially overestimated the bow's weight, the approximations I have made in yew are around 70-80lb, not over 100lb which was my first 'guess' (At a modern archer's draw of 28inch). Sorry!
At the time of writing the bow is currently on display at Taunton Museum, together with the Edington bow, some flint arrowheads and the jadeite axehead mentioned in my article. 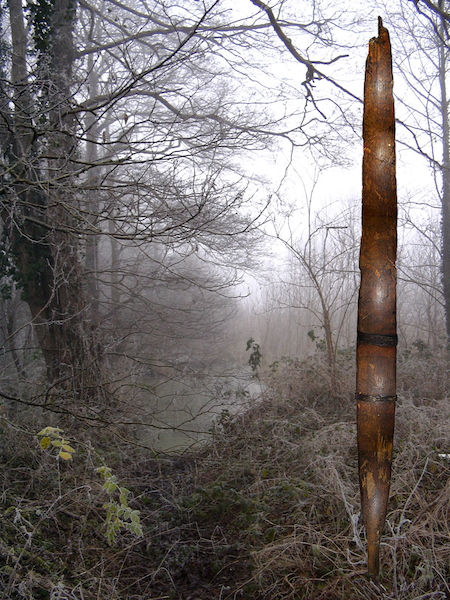 THE BOW SET AGAINST IT'S LOCATION ON THE SOMERSET LEVELS 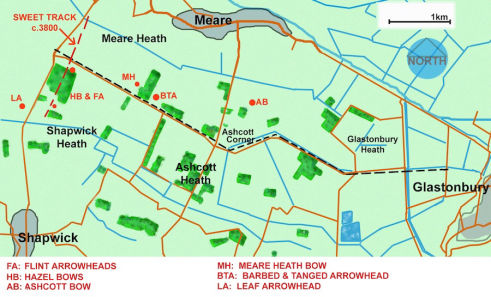 The peat on the levels has provided protection for many finds -archaeological exploration was started in the 1960s. Many tracks criss-crossing the marshes to higher ground have been found.

The Sweet Track can be followed today, as the Somerset Levels and moors are a popular tourist destination, now protected as a Nature Reserve 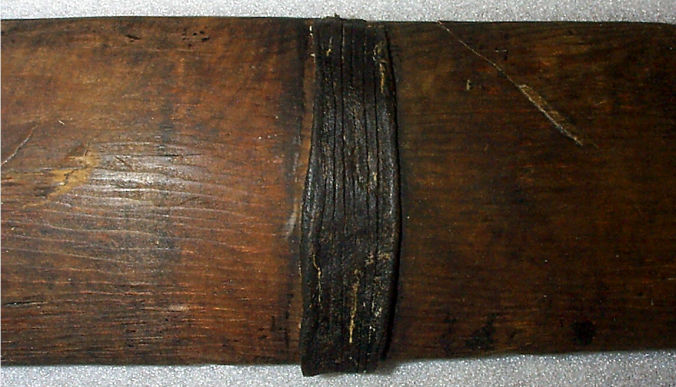 BINDING & CUTS ON THE BACK

Diagonal cuts indicate the decorations were applied, then cut.
The skill of the flint blade user is evident in the decoration of the transverse binding!

ALL PHOTOS BY THE AUTHOR.