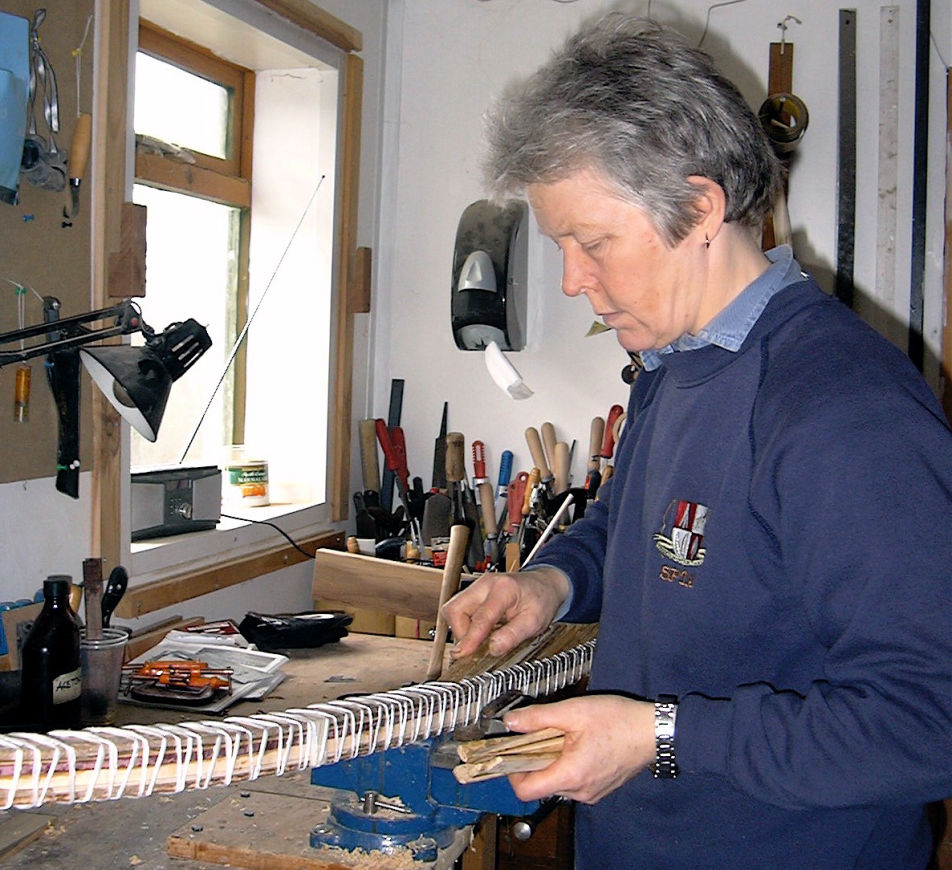 I made my first English longbow in 1983, when there were fewer bowmakers around than nowadays -I was in a hurry to start shooting a traditional bow.  I even won some medals with it! Club members started asking me to make bows for them, so I began my archery business, in 1990 I founded 'Amaranth' longbows, which was incorporated into Sylvan Archery a few years later -orders for other traditional bow designs were increasing - I had been shooting these in competition for some years,

I had become increasingly interested in traditional bows from other cultures, and from historic/prehistoric eras, making and experimenting with them and shooting them competitively at a time when they were rarely seen. It was challenge to find a shooting class for them back then and many archers unfamiliar with 'alternative' bow designs would dismiss them as 'inefficient -until they saw how well they shot...

So in 1998 I founded SPTA (Society for the Promotion of Traditional Archery) to promote knowledge and practice of the many different styles of bow and worldwide archery traditions,  I introduced a 'primitive class' on 2003, and organised a number of events, demonstrating at museums (including the Ashmolean and the 'Mary Rose') and arranging competitions, with great help and support from other traditional archers,  including the annual 'SPTA St Georges Shoot' - where a fellowship of archers from all over the world joined in. I've attended various competitions and festivals overseas, and learnt a great deal from fellow archers and talented, knowledgable craftspeople in my travels.  SPTA was disbanded in 2018, by then many archers had become familiar with the huge variety of traditional bows and competition, thanks to the internet.

I've given presentations at archery festivals and museums at home and abroad about a variety of archery subjects - and I have made bows and associated equipment for museums and the BBC.

Most of my archery equipment is bespoke and made with the customer in mind; apart from a variety of bows and arrows I also make arrowbags, strings and trophies to order, also bowbags and a  bow string wax made specifically for archers.  Please browse the site and contact me if you wish to place an order.

How to make a free site - Learn more